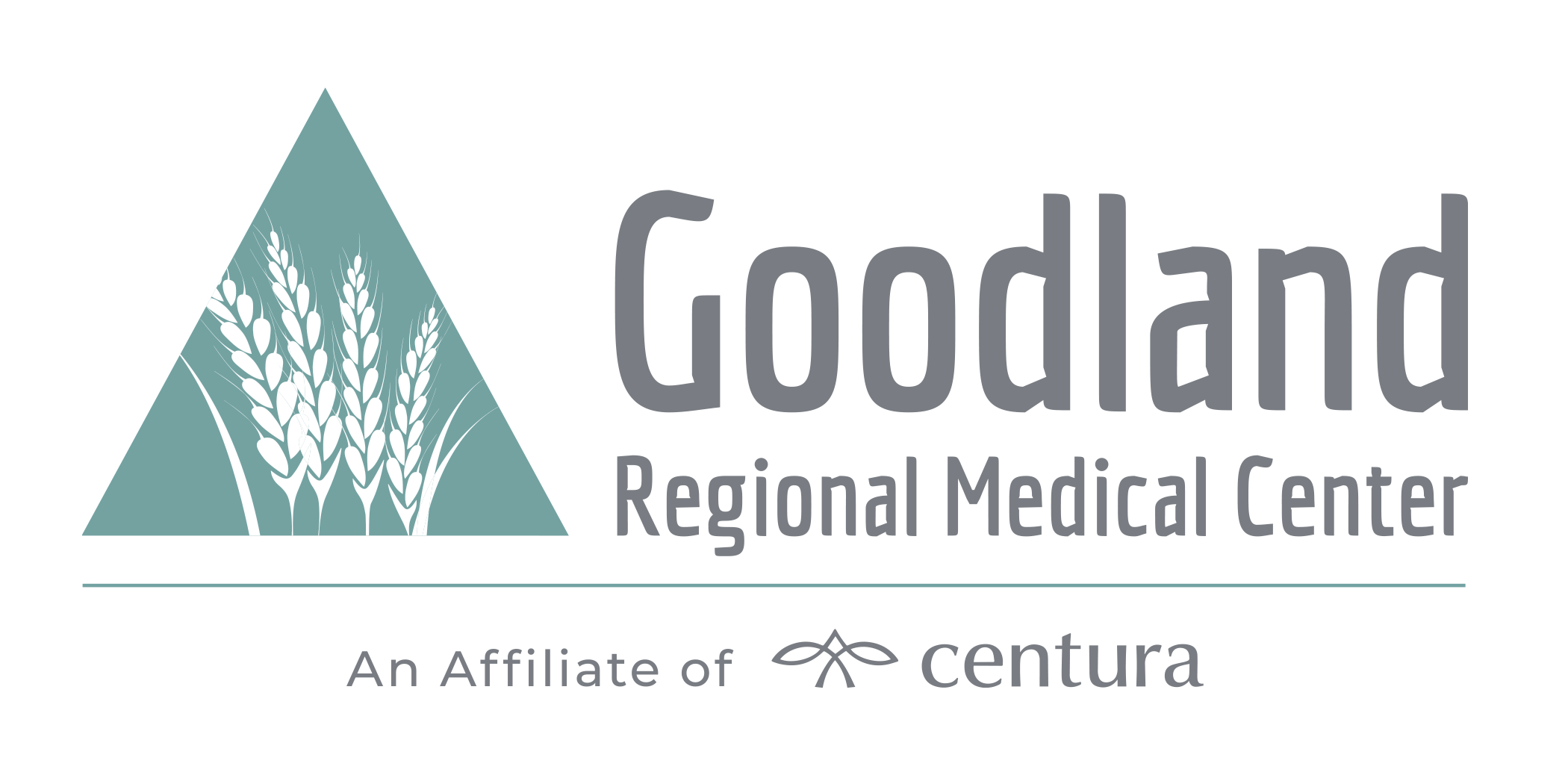 The staff and Providers of Goodland Regional Medical Center and Goodland Family Health Center welcome you to our website and would like to share our commitment to providing safe, compassionate, patient-centered care and service to our patients and their families.

Goodland Regional Medical Center offers a wide range of services, including such services as Cardiac Calcium Scoring with our class leading 128-slice CT scanner, 3D Mammography, cardiac rehabilitation, swing bed services, and complete rehabilitation services with physical therapy, occupational therapy, and speech therapy. As a Critical Access Hospital, patient-centered care in a family-oriented community is our ultimate goal. Our county-owned, community-led facility allows us the opportunity to be responsive and innovative, and to provide personalized care to all our patients. The dedication and experience of our Staff and Providers is the key to high-quality patient-centered care for all community members.

Goodland Family Health Center strives to make your visit pleasant, comfortable, and successful as possible through our commitment to safety, compassion, image, and efficiency. These values drive our organization to provide each patient with the best-personalized care. For us to meet all your healthcare needs, your communication is valuable to us and your comments and questions are always welcome.

We look forward to serving you and your families’ evolving healthcare needs.

The Facility was named the “Goodland Methodist Hospital & Training School for Nurses,” and had a red-brick exterior along with two stories for patient care services as well as a basement. The original hospital had a total of 24 patient beds. The hospital’s nursing school produced a total of 21 graduates during the eight years of its existence. Student nurses had three years of training at the hospital and did their clinical studies in Denver, Colo., and Omaha, Neb. The nursing school was discontinued in 1931.

The facility’s name was changed to the “Boothroy Memorial Hospital” in 1929 due to a donation of land from Joseph Boothroy in honor of his wife, Hulda Emma Boothroy. The facility experienced a significant upgrade after World War II, as natural gas and indoor plumbing were added along with a new electric elevator for moving patients from floor to floor.

In 1953 an addition known as the “Sweet Annex” was built onto the hospital that provided 26 more patient beds and extended the basement to the east to accommodate an emergency and operating room, laboratory and x-ray services, and a dietary department.

The first hospital administrator was hired in 1951. Prior to that time, the director of nurses had served in this capacity. The hospital’s affiliation with the Methodist Church ended in 1967 after 44 years, and the facility’s name was then changed to the “Sherman County Boothroy Memorial Hospital.” In 1968, the name was again changed to the “Northwest Kansas Medical Center.”

In the mid-1960’s efforts began to replace the hospital with a new medical center. The initial bond issue in 1967 was defeated by the voters. However, a second bond issue for a $2.5 million 60-bed hospital was passed by the citizens of Sherman County in November of 1969 by an overwhelming margin. The groundbreaking ceremony was held on March 15, 1970, and work began on the new medical center on April 20, 1970, with Rhoads Construction of Goodland as the general contractor.

Officially named “Northwest Kansas Regional Medical Center,” dedication ceremonies took place on March 11, 1972, with numerous state and federal dignitaries in attendance. Following the transfer of patients from the old facility to the new building, the commencement of medical services began on March 17, 1972, with the hospital’s first baby being born about 90 minutes later!

There were no major changes to the hospital’s physical plant until the fall of 1995 when construction began on a new clinic for the visiting consultant-specialist program that had begun at the hospital in the mid-1970’s. The new clinic was completed in mid-1996 about the time that the hospital’s name changed for the final time to “Goodland Regional Medical Center.” The new specialist clinic added 9,000 square feet to the hospital and a total of 18 exam rooms for visiting consultants to use during their visits to Goodland.

During the construction phase, the hospital’s interior decor was updated with regard to new carpet and furniture, and several departments were either renovated or re-located for improved access to staff and service to patients. The total cost of the new outpatient clinic and other facility improvements came to $1.8 million at no cost to local taxpayers.

In the spring of 1997, the hospital began its second major addition, which had four separate phases:

The $1.6 million enhancement to Goodland Regional Medical Center that was completed in May of 1999 was financed entirely by the hospital again with no expense to local taxpayers.

While its past service to the residents of the Tri-State Area of Northwest Kansas, Eastern Colorado, and Southwest Nebraska has been filled with many accomplishments, Goodland Regional Medical Center views the future with anticipation. It pledges to do all in its capabilities to fulfill its mission of:

Making The Communities We Serve Healthier.

GRMC Board Of Trustees Meeting Schedule

Board Meetings are held in the Large Board Room at GRMC. The board meeting starts at 5:30 pm MST.

The people of GRMCs Auxiliary are an important part of Goodland Regional Medical Center. They volunteer throughout the hospital and, via their fundraising efforts, support many activities and services. You can learn more about the Auxiliary below.

What Do We Do?